On Amazon Prime day, my Facebook feed was a-buzz with people buying Instant-Pots. I resisted temptation. I wasn’t sure what they were and didn’t want to get one just because it was a good deal. Then friends started having them arrive and cooking with them and sharing their successes and I got excited. Then, there was another (not quite a good) sale and I clicked on over and made my Instant-Pot purchase. 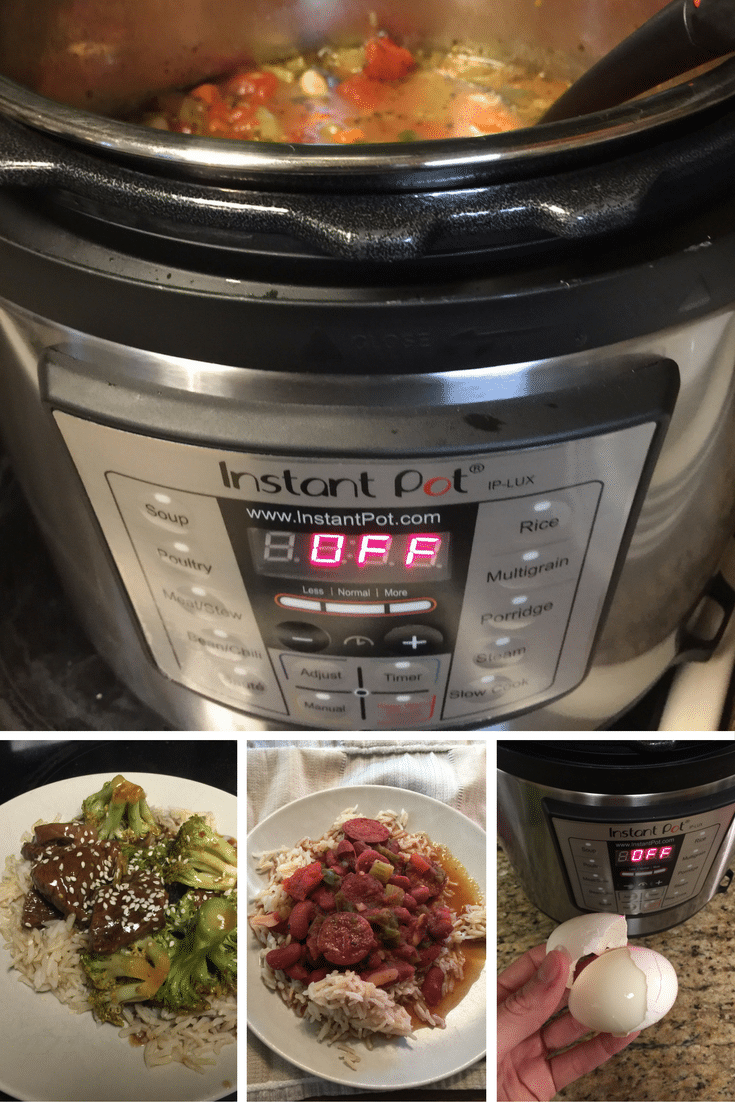 What is an Instant-Pot?

It’s an electric pressure cooker. With seals that go on their own and timers that make it turn off. Basically, it allows you to cook foods in much faster times. So, when I forget to start the slow cooker at 10am and think dinner is a wash, it’s not the case anymore!

So, when somebody tells you they cooked something in 3 minutes? That’s not quite the truth. The pressure cooker heats up and has to come to pressure. The time it takes to do so depends on the amount of “stuff” in the InstantPot. So, it might be at pressure for 3 minutes, but it first has to come to pressure. Then, once the cooking time is over, the pressure has to be released naturally (NR) but allowing the pot to cool (takes about 10 minutes), or quick released (QR) by turning the nozzle on the top to let out steam.

But, to keep you excited, it’s still much faster than most meals. For example, I good red beans + sausage (for red beans and rice) starting with dry beans. They were completely cooked in a little more than an hour.

Oh, and sauces thicken in just a few minutes and are nice and smooth. Not like on the stove that takes a while and can sometimes end up clumpy.

What have you cooked?

The easiest peeling boiled eggs ever (see picture above). Place about a cup of water in the bottom and eggs on top. People like to call it the 6-6-6. 6 minutes of pressure cooking, 6 minutes of natural release (then let off steam) and 6 minutes in an ice bath. Perfection!

This was the very first thing I cooked and it was amazing. And, I didn’t even have all of the ingredients. The chicken was perfectly tender and moist. 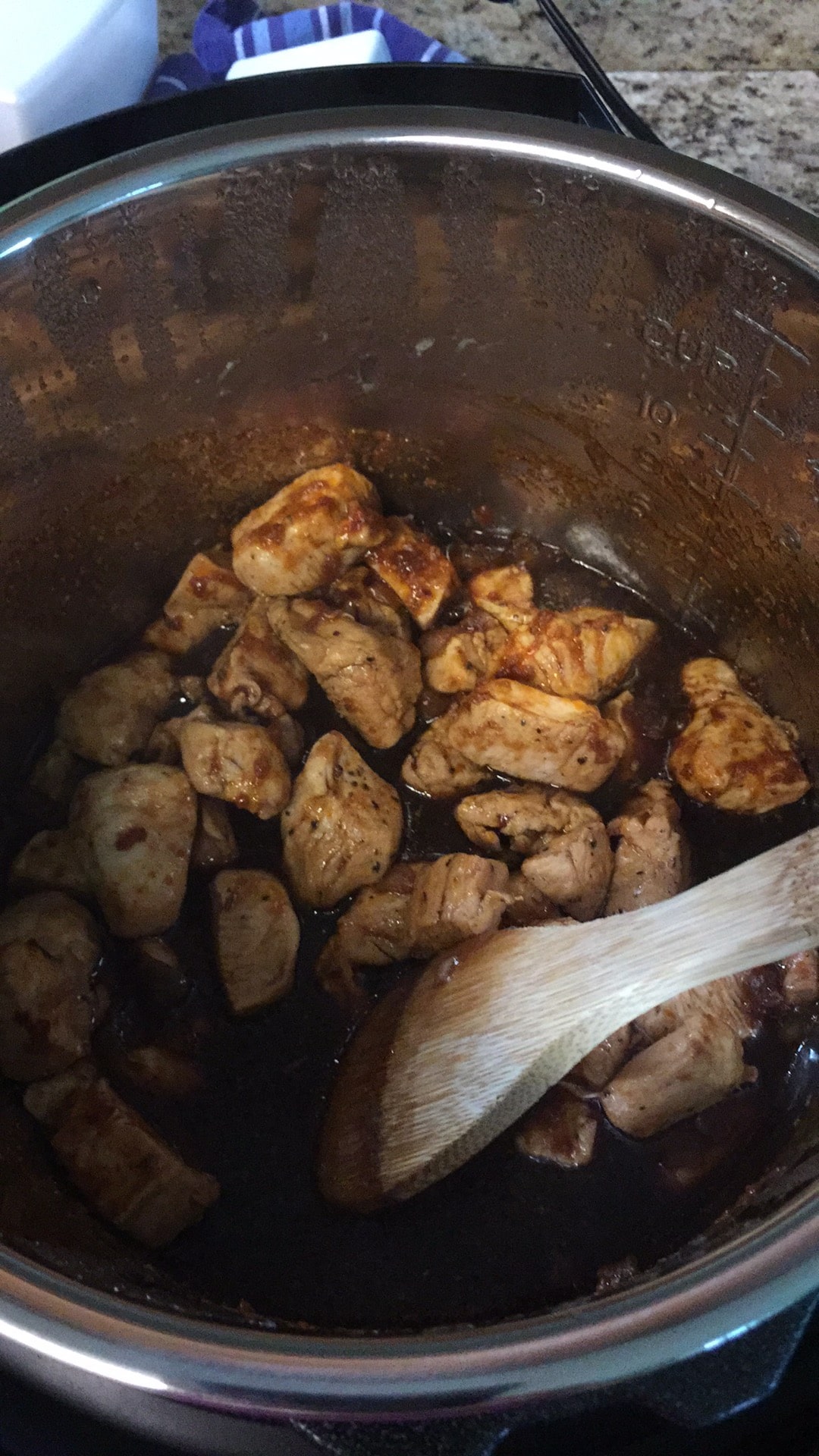 I kind of need another Instant-Pot just to cook rice in it. But, I’ve started cooking it randomly to have on hand in the freezer. I just follow the directions that came with the pot and 22-ish minutes later, it’s perfect and I don’t have to worry about over-boiling or cooking too long.

We’ve had this twice already. It’s so easy to make and so delicious. I upped the carrots and celery slightly. And the second time I used fire-roasted tomatoes and used the immersion blender to blend them up a bit. I liked both versions equally. And both times we had almost no leftovers. 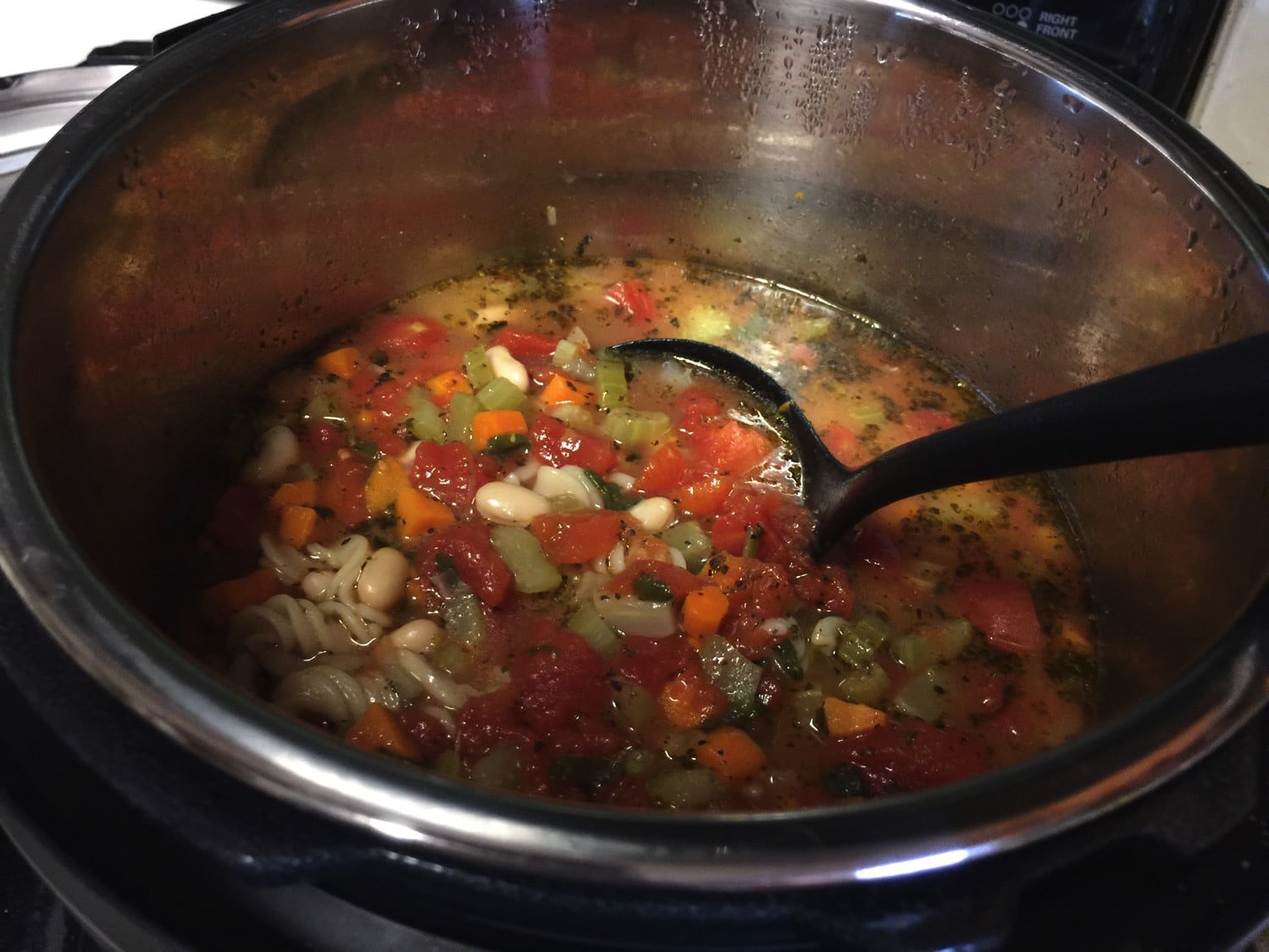 This one was our least favorite so far. I’m not sure what it was missing, but something. I think if the chicken was sautéed first for a bit, it would have a little more to it. We couldn’t decide if we didn’t like it, or if it was just not quite right. 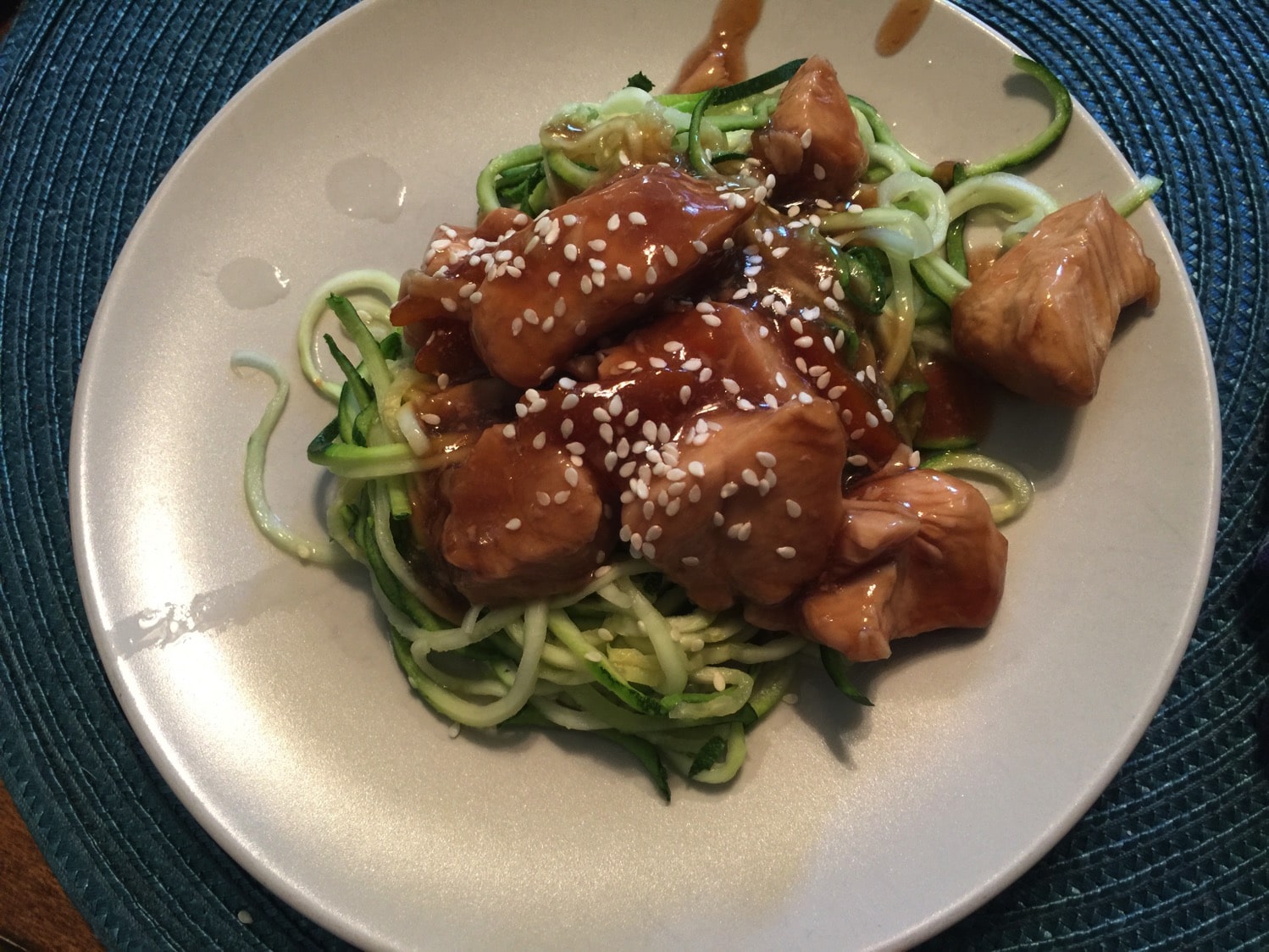 This was amazing. There was a bit more work involved because of the sautéing of all of the meat, but it was worth it. This is even better than a restaurant. Now I need to figure out how to cook the broccoli at the same time! 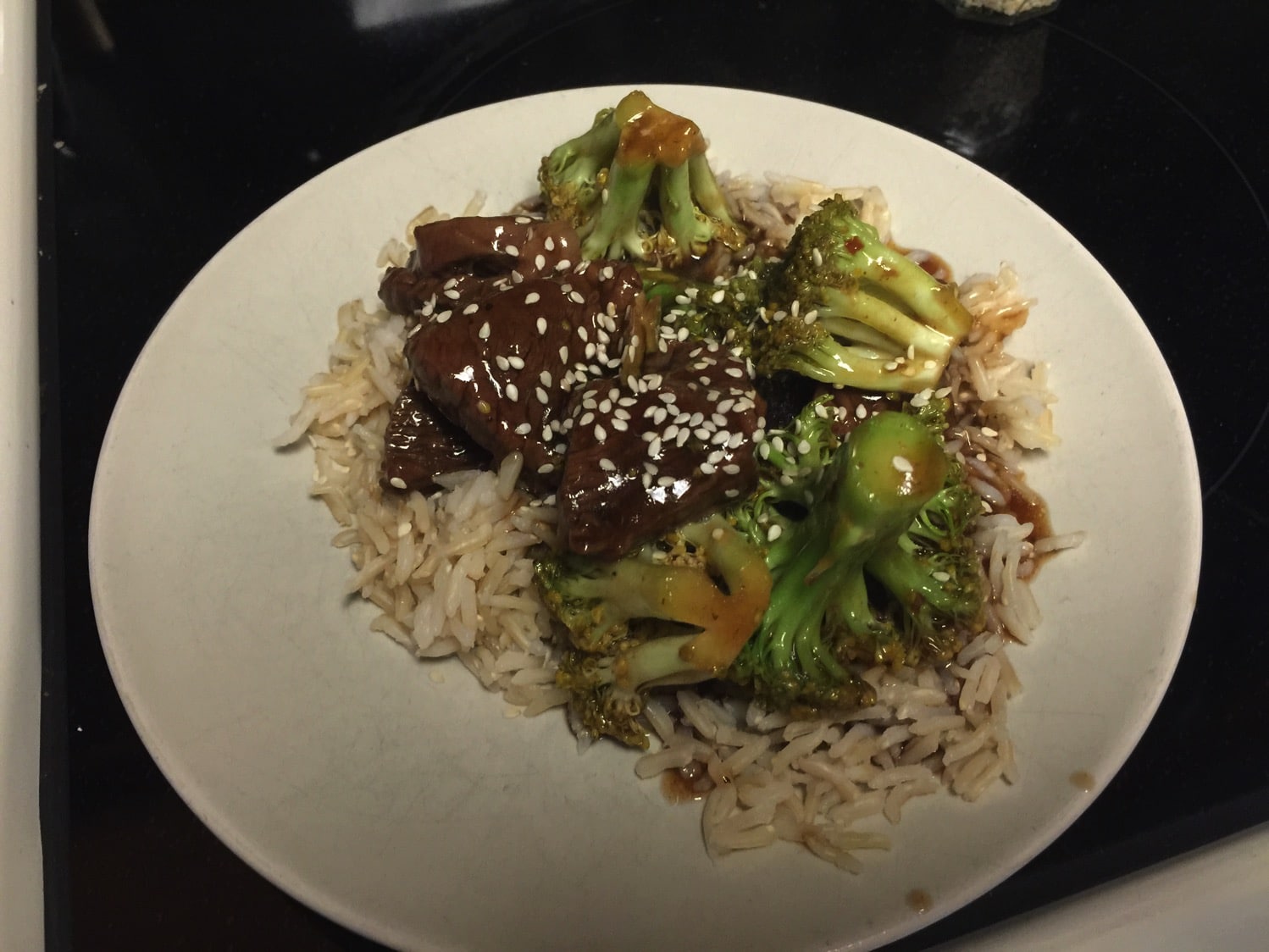 I cooked the rice earlier in the day. I tweaked this a bit and used kielbasa sausage and sautéed it first with the onions and peppers and didn’t use ham. I also added a can of fire roasted tomatoes. This recipe starts with dry beans! No soaking or anything. It said to cook at pressure for 60 minutes, but said 50 later, so I did 50 and the beans weren’t quite done, so I did another 10. Next time I will do 65 minutes at pressure and I bet the beans are perfect. It was still an amazing dinner, just needed a little tweaking. 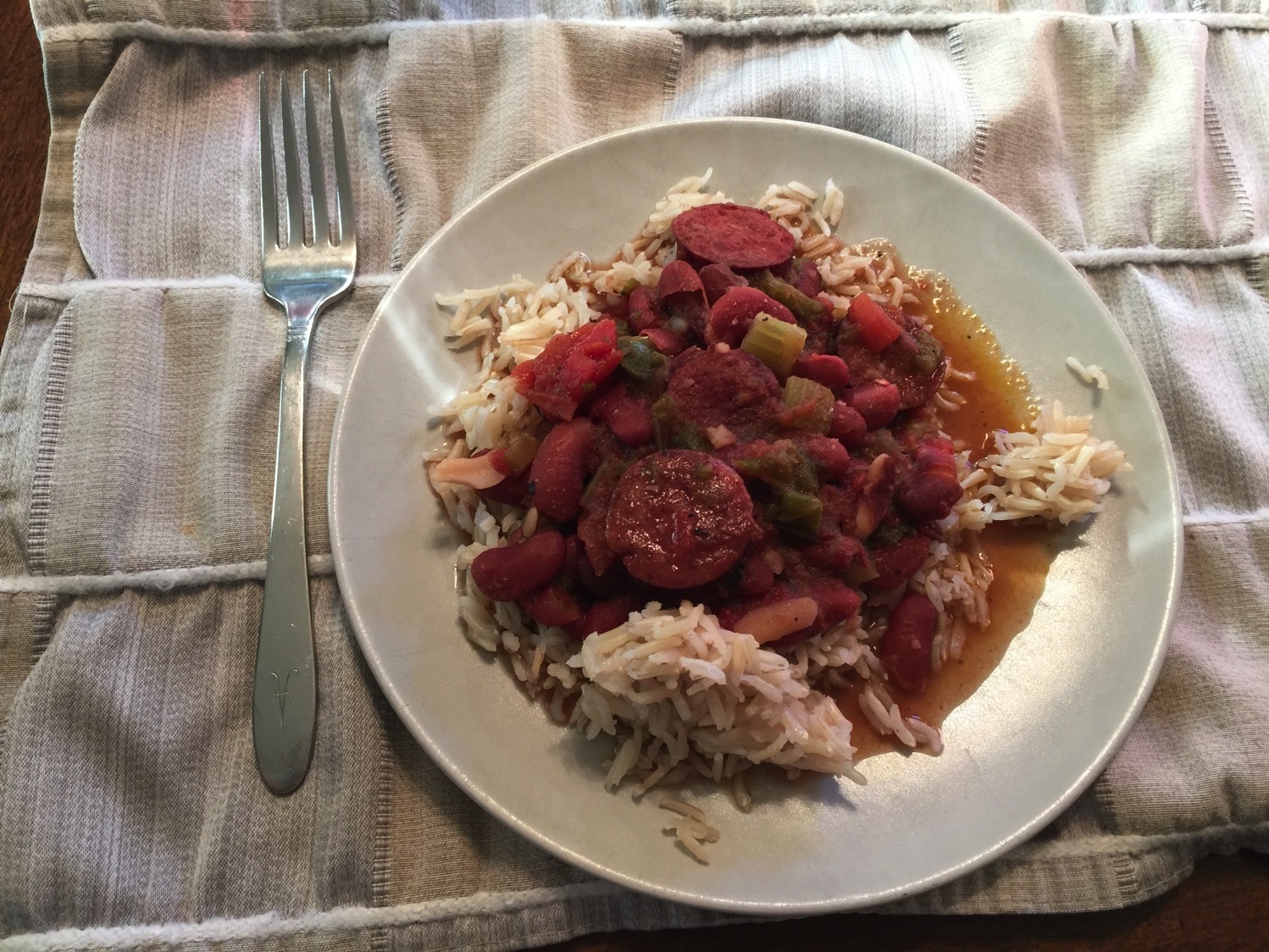 I was super hesitant of this one. But, Mr. Serious found it and requested it, so I went for it. This recipe is for a stove pressure cooker, so I reduced the cook time to 6 minutes at pressure and it was yummy. The kids even liked it, which was surprised about. I didn’t however, remember to take a picture of this one.

This was a nice variation on a soup I make in the slow cooker all the time. Except it shaved off a bunch of time for me and was delicious. Next up, I’m going to try this Instant Pot Chicken Taco Soup.

I’d love to hear your Instant-Pot favorites. Or did you buy one and it’s been sitting in the box. Get that initial test on and try it out. It’s not scary and is super easy to use! Maybe next week, I’ll venture into the realm of salmon in the instant pot. I’ve seen some amazing looking recipes. I started a pinterest board, too, and if you have one, I’d love to see it! 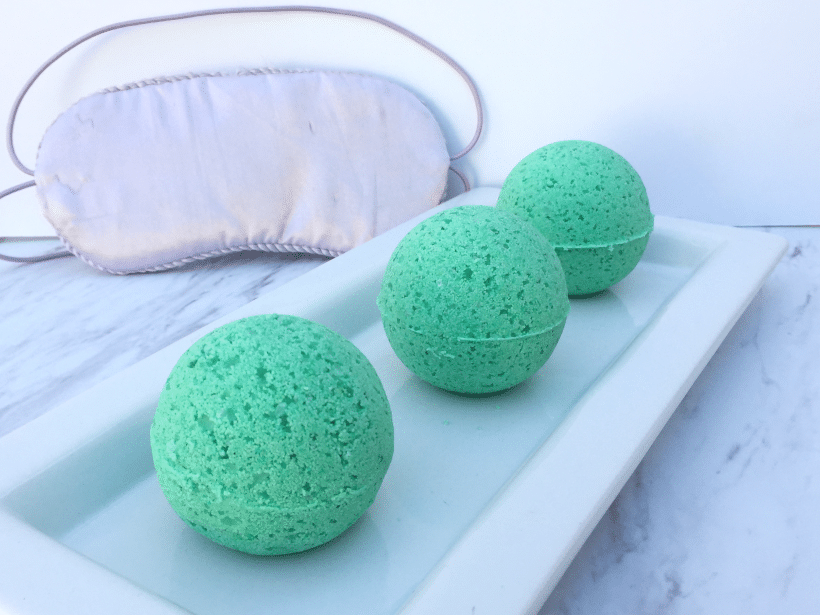 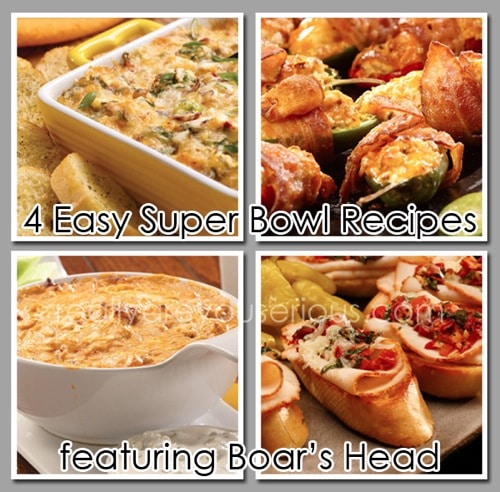