I remember watching kids get slimed on Nickelodeon while sitting at our kitchen table with our black and white TV (yes, one with two sets of dials, even). I think I saw it at a friends’ house and realized just how colorful that slime was. And while it looked disgusting, it also looked really fun! Because of this love of slime, and a bit of a school break, I thought it would be a great idea for the girls and I to make some scented glow-in-the-dark slime.

Glow in the dark slime ingredients

You will need liquid starch, clear school glue, glitter (we used glitter with galactic and fun shapes in it), warm water, a highlighter (or a glow in the dark food coloring would work, or even a glow in the dark craft paint dissolved in the warm water) and essential oil (we decided to use peppermint this time, but lavender would be great for a bedtime slime!)

We decided on liquid starch because it’s no borax and it’s already a liquid. However, it was a little hard for us to find in the store. If you think you will be making a lot of slime (it’s kind of addictive), grab larger bottles like these as well as a larger bottle of glue. 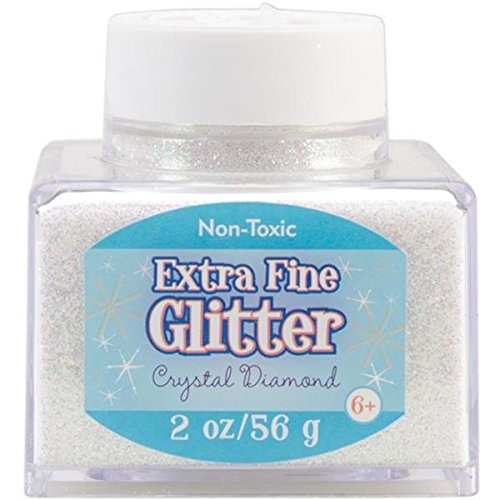 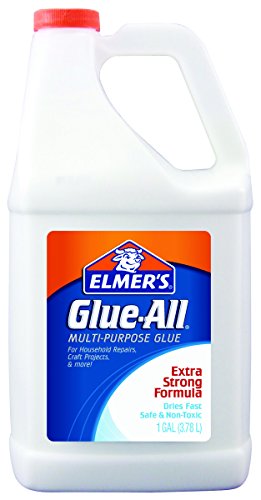 You’ll also want a black light if you really want to see it glow in the dark…as you can see, it really glows! DIY slimes are all the rage, and this is no exception.

Glow in the dark slime recipe

To get the best glow, I removed the back of the highlighter with needle-nose pliers and carefully pulled out the absorbent pad which was placed in 1/2 cup of warm water and allowed to soak for about 15 minutes. This will really make your slime glow.

The clear glue makes a less cloudy slime, but the white glue will yield the same slimy results. I had a harder time finding clear glue in stores, but found I could stock up on amazon. 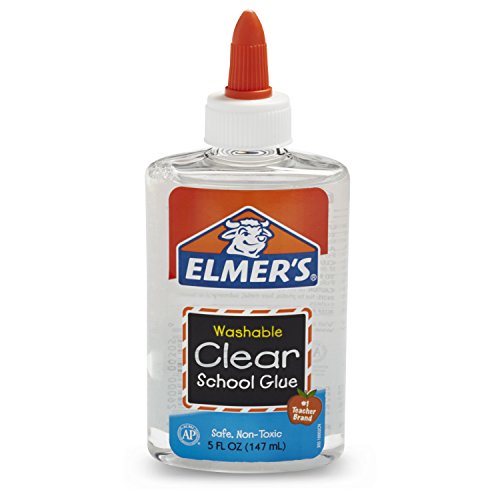 We used a school-sized 4ox container of clear glue for our slime. There are now so many options for glue; you can even find glittered clear glue

and glow in the dark clear glue

that would work in this homemade slime recipe. This would save you some steps and make your glow in the dark slime come to life even faster.

You will also need 1/2 cup of liquid starch and the 1/2 cup of warm water with the highlighter soaking in it.  You will find the full “recipe” below, but note that it’s helpful if you can practice a little bit of patience with mixing the ingredients and will yield a stretchier slime. The kids loved mixing and mixing to make the slime. I think I’ve turned at least one of them into a slime monster.

The slime has a great slimy texture and is fun because you can slowly stretch it apart without it breaking. (However, I don’t recommend getting it on your clothes, furniture or putting it in your hair…it’s still sticky!)

To the glue, you will add your warm water highlighter mixture which will add the glow. Stir that up well. Then you will add 1/2 cup of liquid starch (found on amazon or at the store by laundry detergent. You’ll want to add the liquid starch slowly and while stirring.

The essential oils can add an additional sensory effect to the slime by adding a nice scent. We decided on a cooling peppermint this time, but next time, I will do lavender for relaxation. Scented or not, this is a great activity for kids that will really get their senses piqued and get a little lesson in STEM!

The best part of this slime is taking it into a dark room, closing the door and turning on the black light. My girls thought it was super cool how much it glowed under the black light.

While we used a bulb in a lamp this time, I wasn’t a fan of having to take a lamp out of the living room and replacing it. So, getting a light that is just for these experiments is a great help.

Next time, we will have to pick up other colors of highlighters to see how it changes the slime, or grab some glow in the dark glue

to save us some time.

I feel like this almost looks like an x-ray of a hand holding slime. I actually couldn’t believe how well it turned out.

To store the slime, we placed it in a zippered storage bag. This prevented it from drying out and also holding the scent until the next time they were ready to play with it. This allowed us to keep it for a couple of weeks. Just make sure you keep an eye on it. If it gets dirty or something starts to grow in it, throw it out. I’ve also heard of people putting their slime in the fridge, but I can’t speak to that.

Surprisingly, it’s fun to play with in the clear bag as well. That’s a way you can play with slime completely mess-free!

Our glow in the dark slime video

The kids had a great time making the slime and also helping me put together a fun video showing just how they made their slime.

Glow in the dark slime is also a fun activity for a birthday party. Each kid can make their own batch of slime for pretty inexpensive and then they have something to take home with them instead of a bag of random stuff or sugary treats.

Another way to make slime is a non-Newtonian form that you probably made in grade school with corn starch and water. You can also check out these fun 5 alternative ways of making slime from ingredients you might have at home.

Like other slimes? Check out this Striped Slime inspired by Peter Pan.