Last week, we had the dreaded pink eye plague at our house.

It started with #2.  When I took her to the doctor, we found out she also had a serious double ear infection.  I guess it makes sense that she was a little fussy. 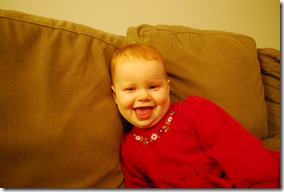 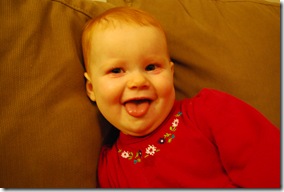 Then this weekend, #1 got pink eye, too.  (Thanks daycare kid who has a dad that is a doctor who thought it was smart to write a note saying it’s okay that his kid could go to daycare because it “isn’t pink eye!”  Can I send you the bill for over $100 in prescription antibiotics and over $200 in doctor’s bills?)

Turns out, #2 then had a reaction (but not allergic) to the amoxicillin so we had to go back to the doctor.  And, she still had a horrible ear infection.   So, now she’s on a toxic dosage of antibiotic which is now causing frequent diaper changes, diaper rash, and outfit changes.

Hosted by Cecily and Mamarazzi