” the climactic conclusion to an unprecedented, 11-year cinematic journey in which the Avengers take one final stand against Thanos, is finally ready to watch at home! I only saw it once in the theater and I need to see it again! Avengers fans around the world can now assemble once more for an in-home viewing of “Avengers: Endgame” on Digital in HD, 4K Ultra HD™ and Movies Anywhere, followed by a physical release on 4K Ultra HD, Blu-ray™, DVD and On-Demand beginning Aug. 13.

Looking for some great drinks or snacks to enjoy during your home viewing? I bet you are because you know you have a bathroom close by! 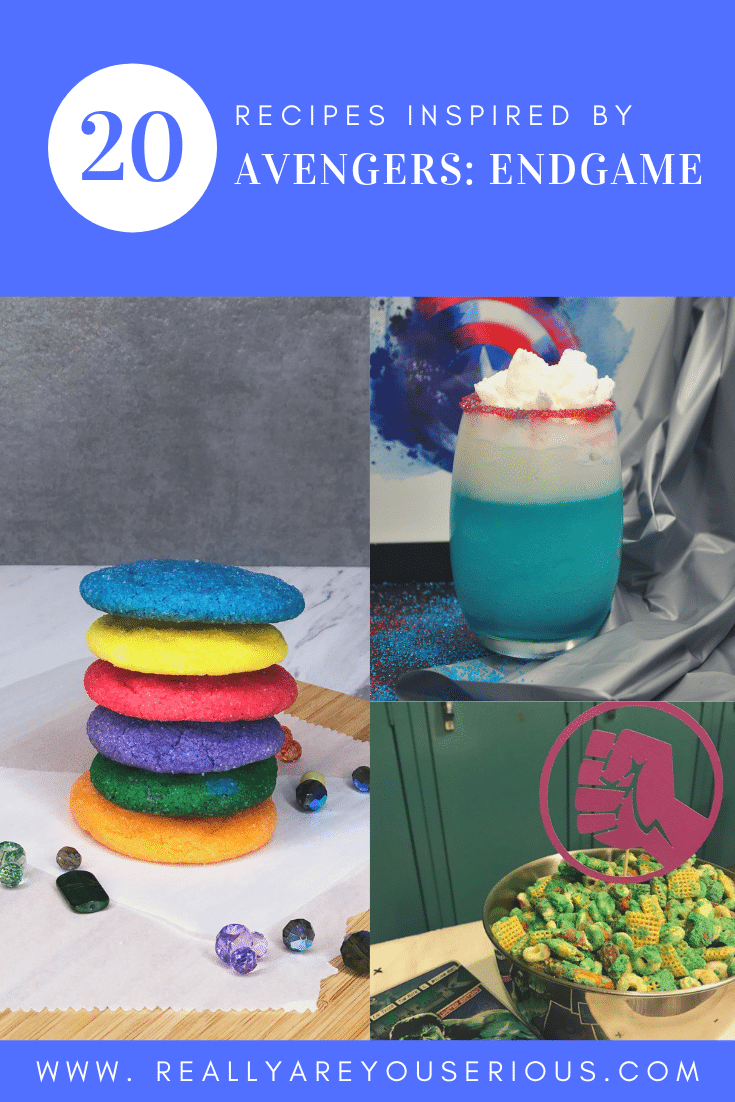 Fans who bring home “Avengers: Endgame” will gain hours of additional screen time with their favorite cast members and filmmakers who have shaped the Marvel Cinematic Universe (MCU). Bonus features include a tribute to the great Stan Lee; the tale of Robert Downey Jr.’s casting as Iron Man; the evolution of Captain America; Black Widow’s dramatic story arc; directors Anthony and Joe Russo’s experience at the helm of both “Avengers: Infinity War” and “Avengers: Endgame”; the making of an epic battle scene with the women of the MCU; the creation of Bro Thor; deleted scenes; a gag reel and more.

BONUS MATERIAL (may vary by retailer):

Be sure to grab your own copy of Avengers: Endgame 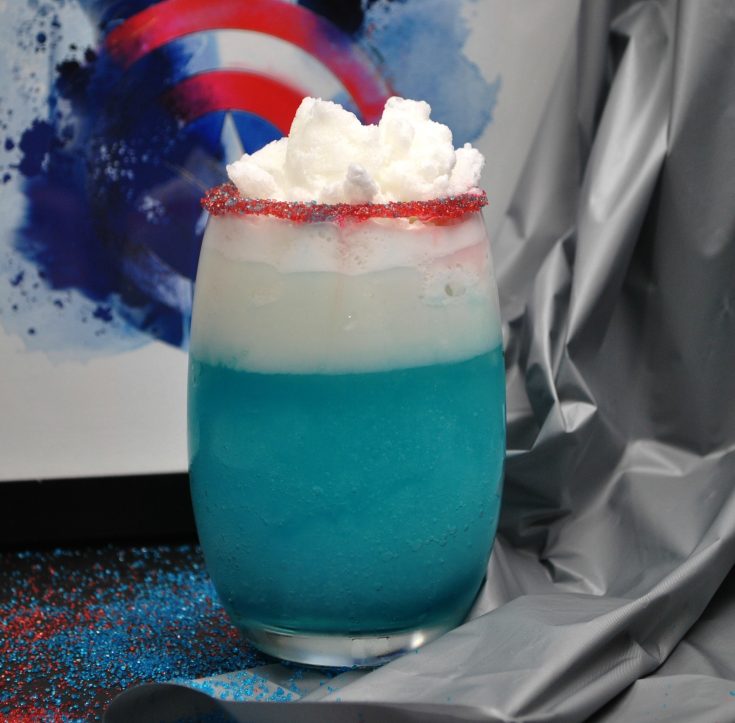 A tasty adult beverage inspired by Captain America's time in the ice. 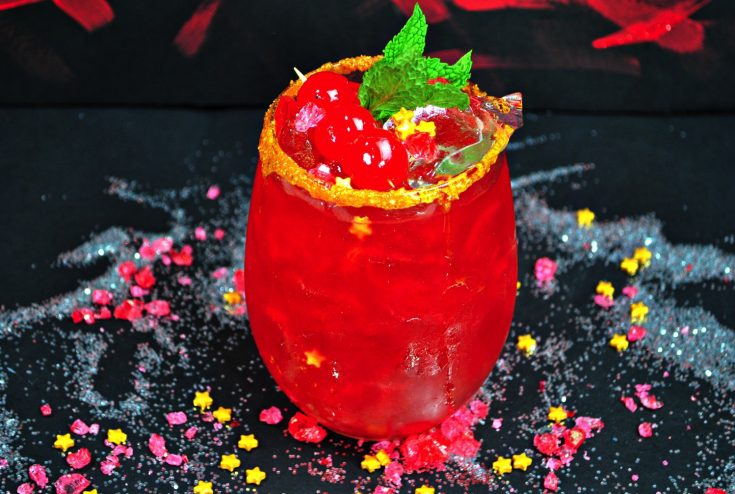 An adult beverage inspired by Thor and his Stormbreaker sure to pack a punch. 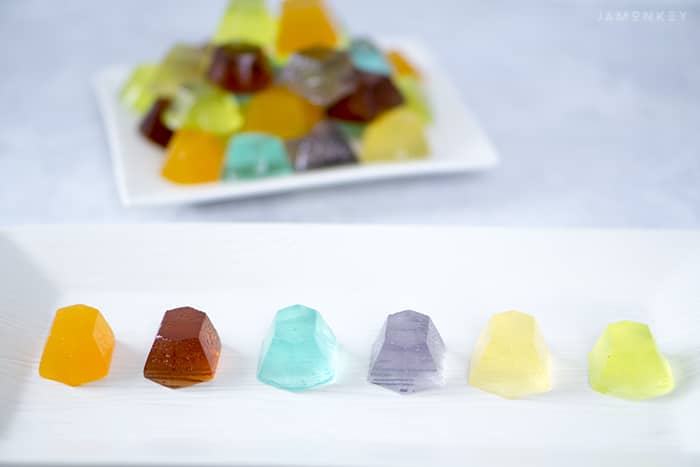 Homemade gummies inspired by the Infinity Stones that Thanos likes to gather! 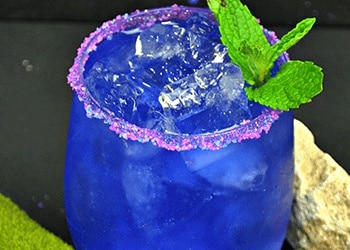 This one's for the grown-ups, a cocktail inspired by the Orb stone...fit for Starlord!

How to Create a Layered Cocktail: an Avengers Infinity Stones Drink

Make a layered cocktail that represents all of the Infinity Stones. 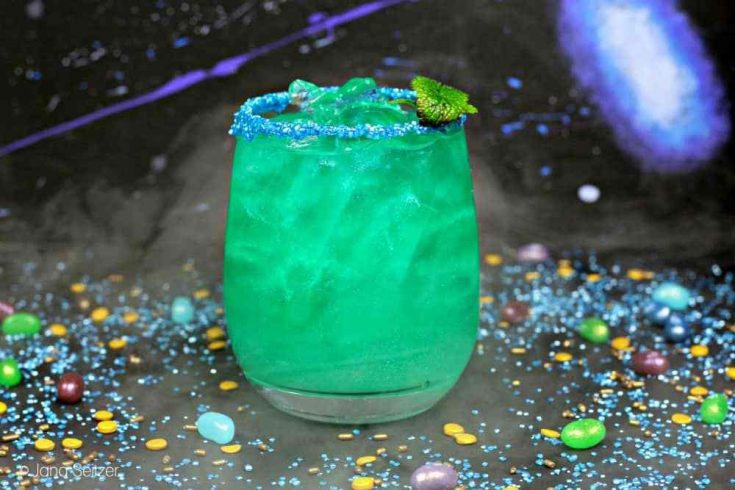 Our favorite sneaky disguising Krees are represented in this adults-only beverage. 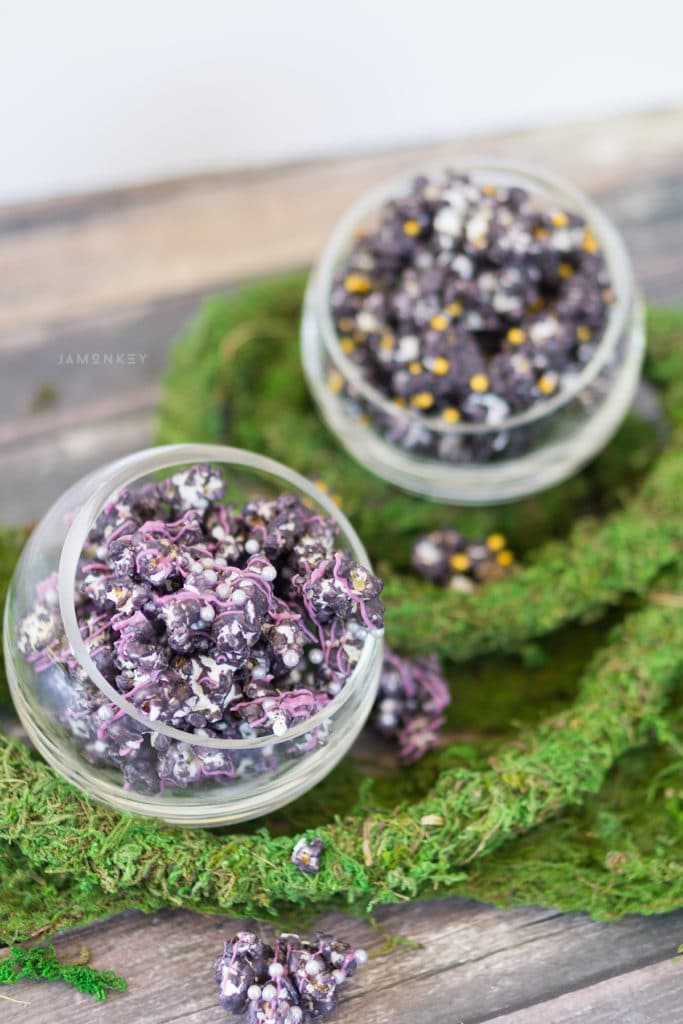 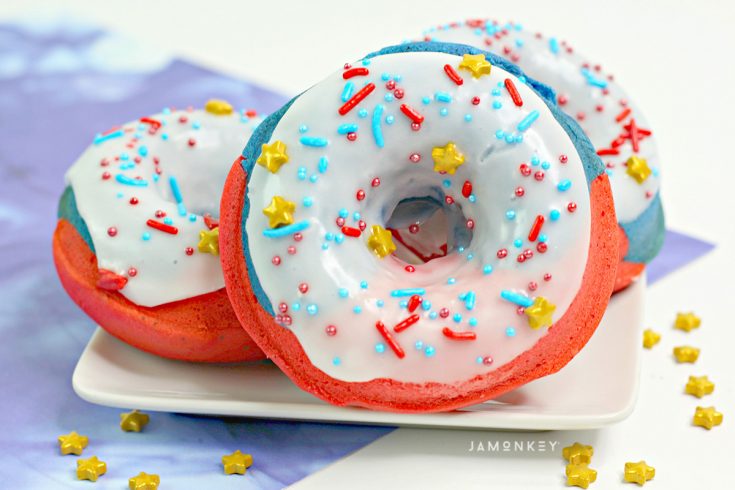 These red, white, and blue donuts are perfect for a star-spangled celebration. Add in some gold stars and you have the perfect Captain Marvel donuts! You can't go wrong with colored donuts.

A blue and red cocktail fit for Captain Marvel herself. This Carol Corps approved drink is out of this world. 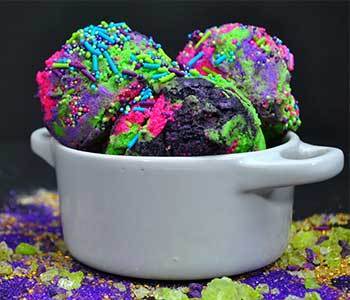 This Gamora treat is the perfect Avengers treat or Guardians of the Galaxy treat. Check out this recipe for edible sugar cookie dough. 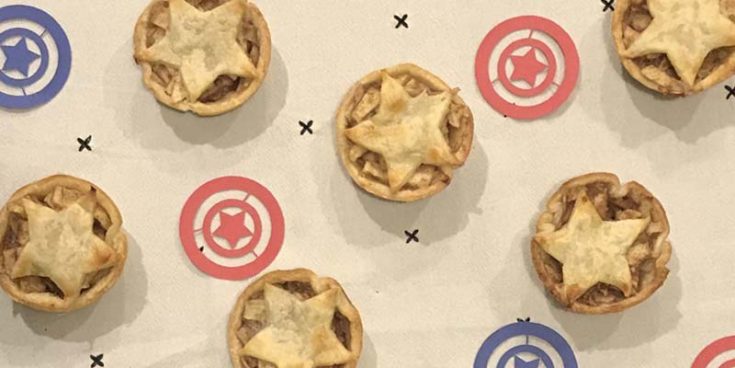 While we were plenty excited to watch the first Captain America movie (we love Steve Rogers, and I mean, who doesn’t?!), I decided to kick off the movie marathon with some Marvel baking. My choice? Captain America (mini) apple pies… because what’s more “American” than Captain America and a classic apple pie? 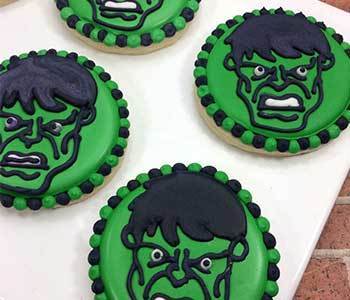 We're so excited about the release of Thor: Ragnarok. We've made these fab Hulk Cookies to celebrate! Check out these delish Hulk Cookies! 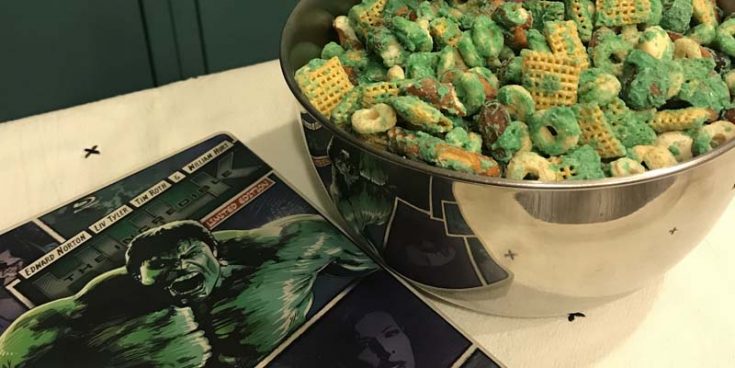 And since no movie night is complete without snacks, I decided to throw together an easy salty-and-sweet Hulk snack mix… that we, well, smashed. 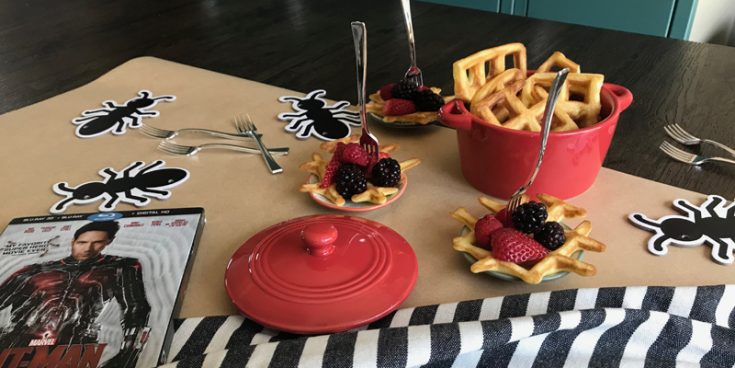 Refresh your memory of the first Ant-Man and invite your Marvel squad over for a screening of the film and some Ant-Man sized waffles (courtesy of Pym Technologies). That’s right. Real waffles. Not actual size. 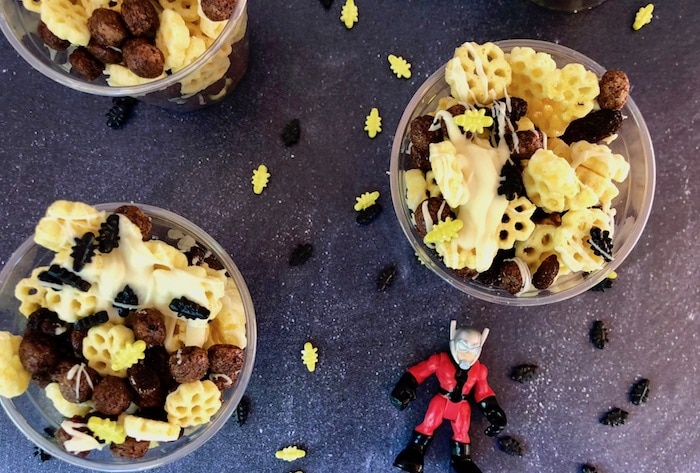 Ant-Man and the Wasp Snack Mix

Pull up your snack bowls full of my Ant-Man and the Wasp Snack mix because this movie will give you the giggles! 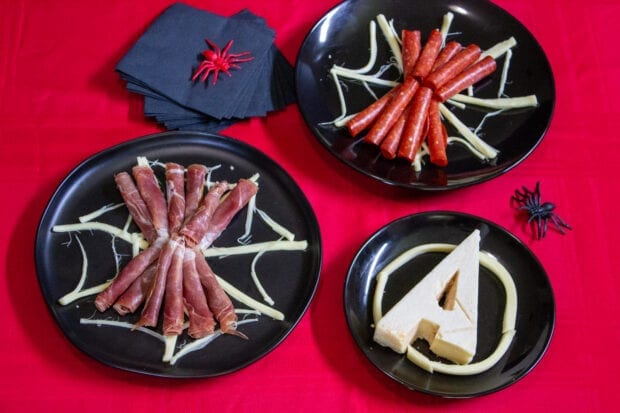 A tasty meat and cheese plate inspired but the Black Widow herself. 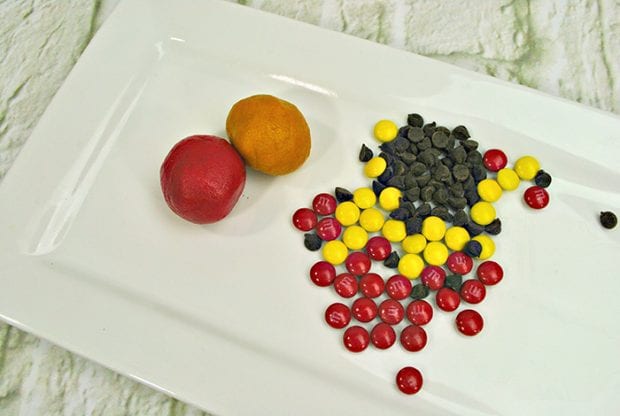 Who doesn't like an ice cream sandwich inspired by the man that started it all?

Trail mix is always good to have around when you are watching a movie over 3 hours long! 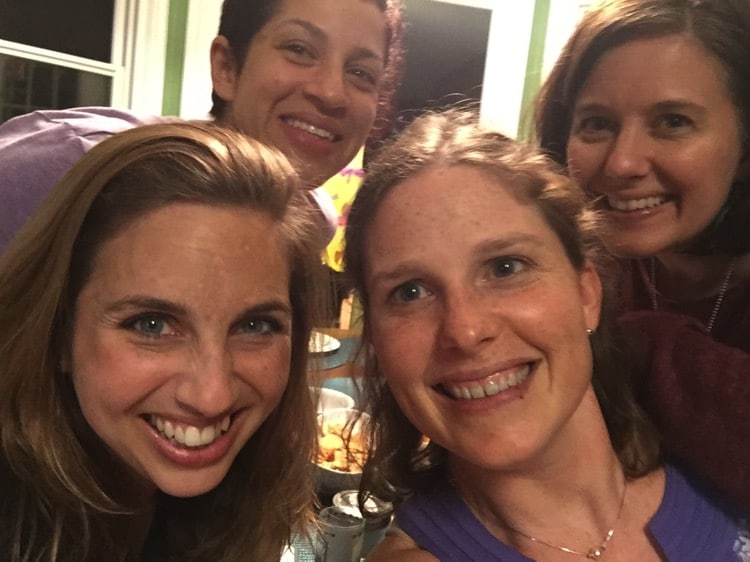 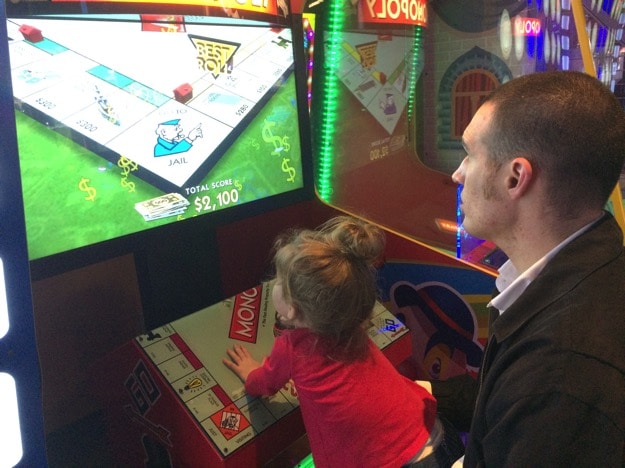 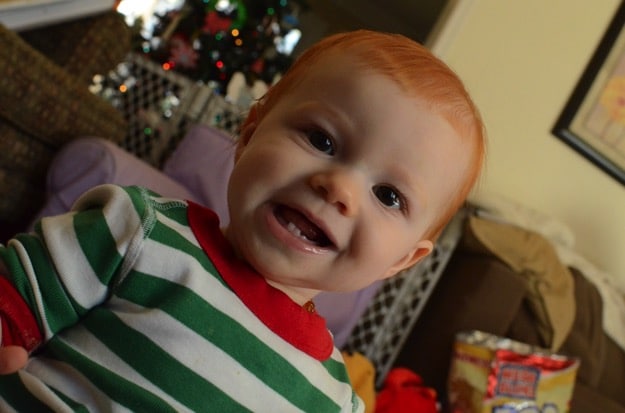