“Would You Rather” is a fun game to play with your kids as you’re standing in line (like at Disney World…check out these other great ways to pass time in line), waiting for a doctor’s appointment, or on a long road trip.

The rules are so simple – just ask some Would You Rather questions for kids and pick which thing you would rather do. There are no real winners or losers, just loads of fun for everyone and a chance to get to know just a little more about each other.

Every time we play, it sparks plenty of laughs and some pretty interesting conversations! 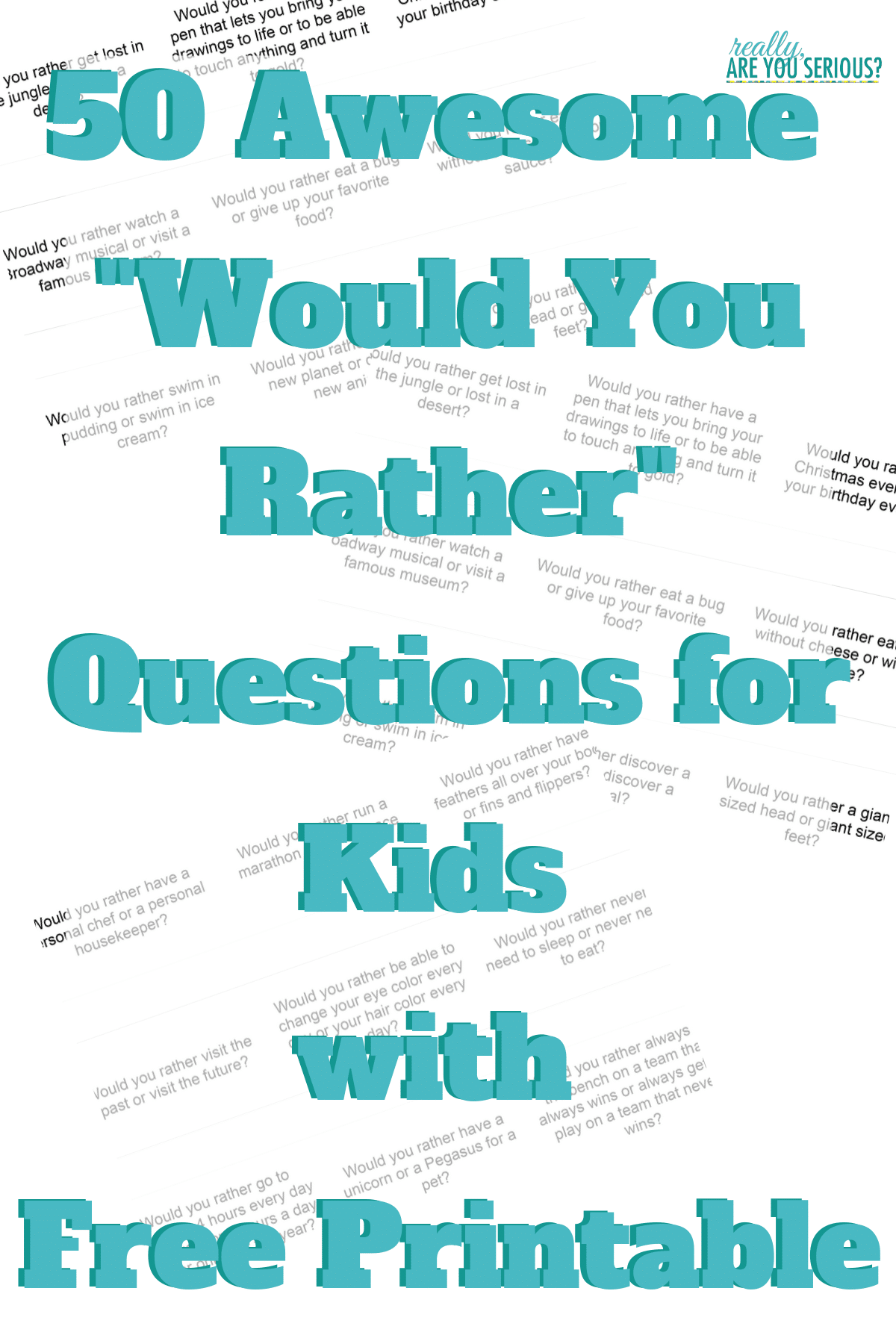 Our favorite thing about this game is that you can be as silly or as serious as you want! Here are fifty Would You Rather questions for kids that can help you get the game rolling, then use your own imagination to keep the fun going! 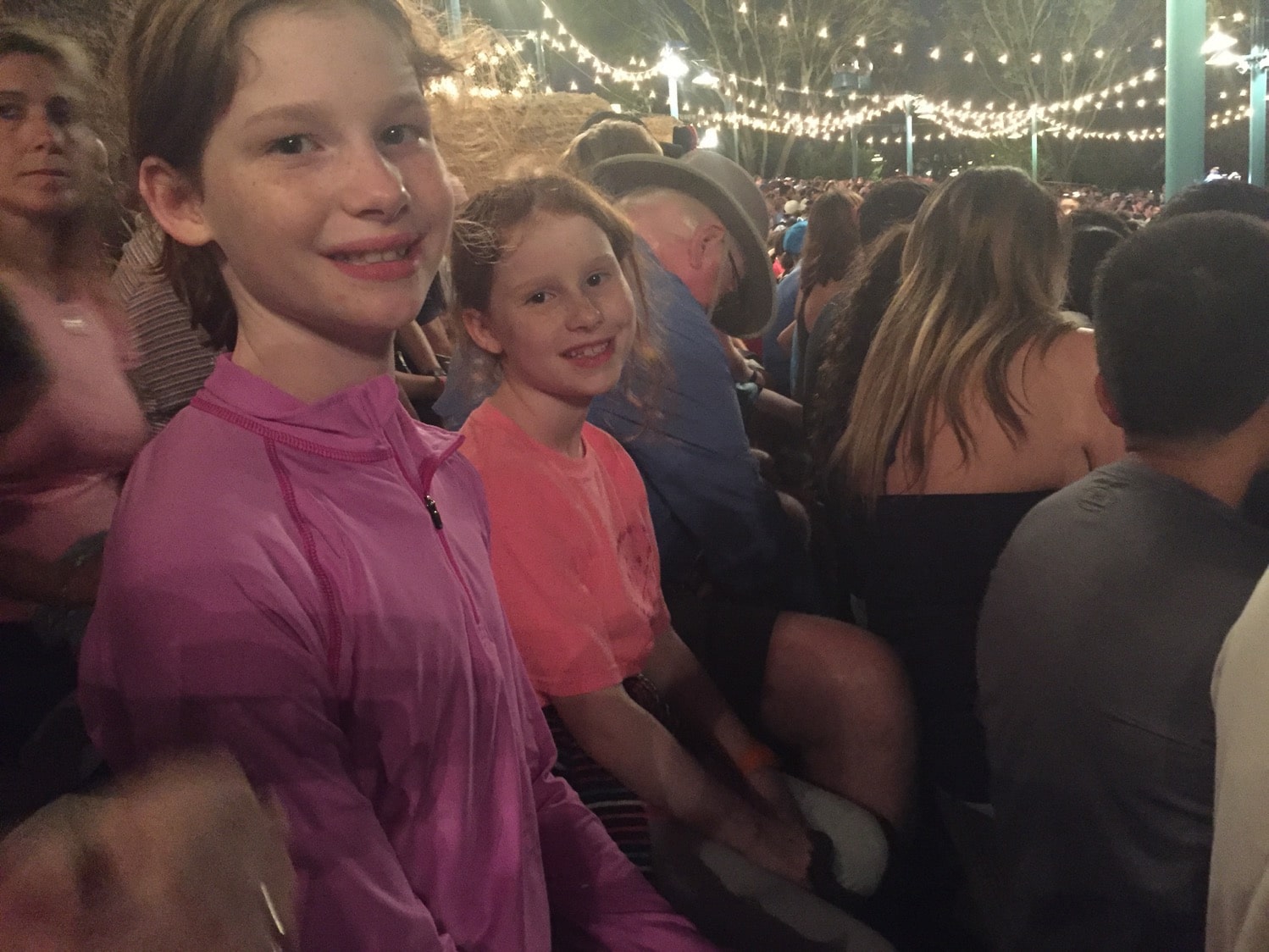 We like playing when we are waiting for shows to start, like this light and fireworks show at Animal Kingdom.

Where to play “Would You Rather” Questions for Kids

You can use these questions pretty much anywhere. Some ideas would be waiting in line, waiting for a show to start, sitting at a restaurant and waiting for your food to come, or just spending some time together as a family.

You could even use these as dinner conversation. You could use these questions on a road trip in the car, too. It’s a great way to keep your family off of devices.

When to play “Would You Rather” Questions for Kids

I think the time is pretty much limitless. Any time you want to engage your kids or distract them, or even adults, pull out the cards and you are ready! They might even inspire other questions that you or they come up with on their own.

How to play “Would You Rather” Questions for Kids

I’d recommend printing them out, laminating them

and then hole punching and putting them on a ring. Then you can toss them in your purse, bag or backpack and pull them out whenever you have a little time to kill!

Then you simply select a card, and read it out loud or have the child read it and answer the question. Each person can pick their own question or you can all answer the same one.

I think it’s probably best for ages 5 and up, but your mileage may vary. You might get some funny responses out of a child a little younger or older. Just give it a try and see what happens. I think kids and adults will like it all the same!

Grab your Awesome 50 Would You Rather Questions for Kids

Here’s a preview of the 50 “Would You Rather” Questions for Kids you’ll get on the printable. I’m offering them either 50 separate sheets, or 9 to a page (with a couple blanks).

I’d recommend printing them out, laminating them

and then hole punching

and putting them on a ring

. Then you can toss them in your purse, bag or backpack and pull them out whenever you have a little time to kill! 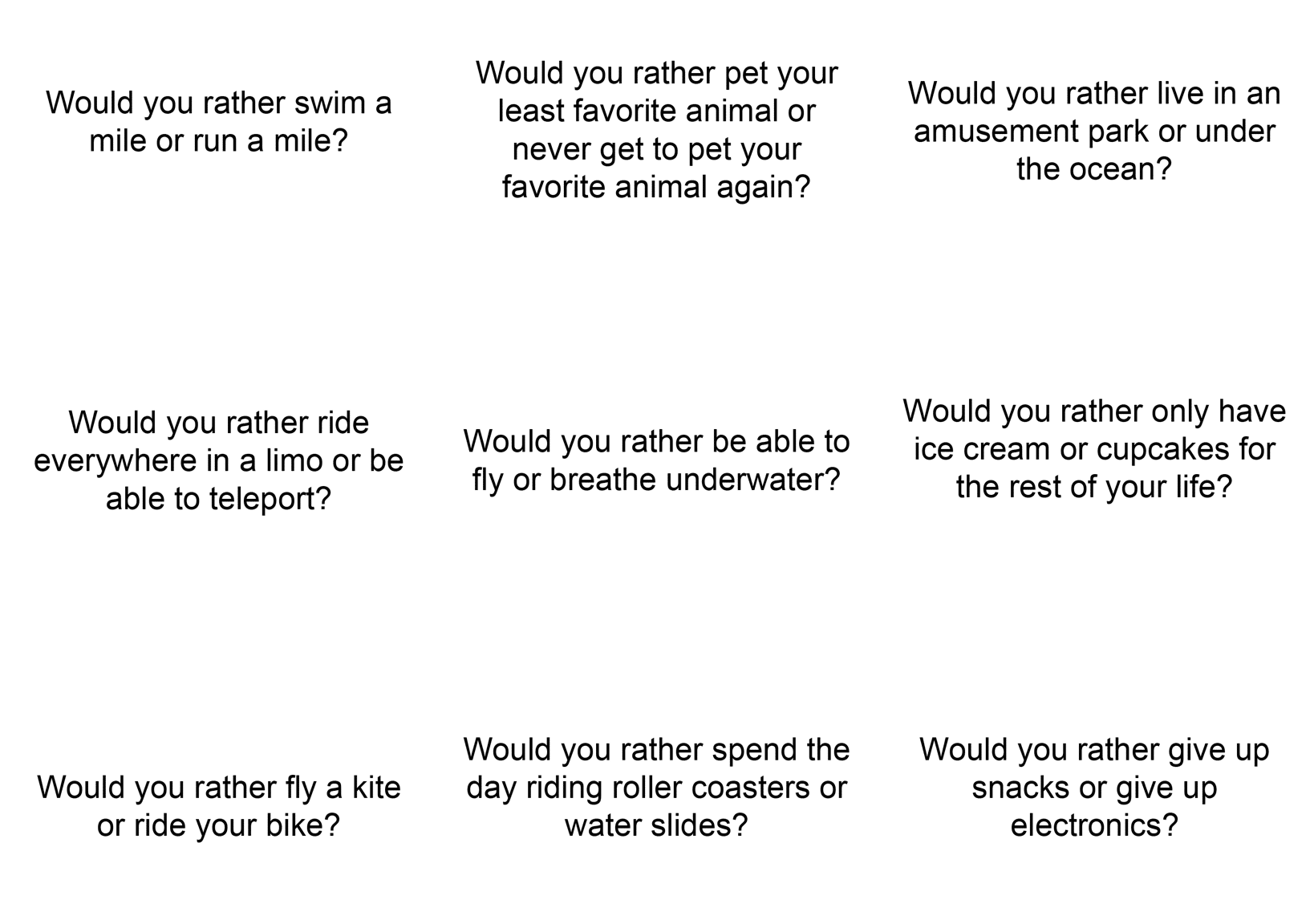 Do you play this game with your kids? What are some of the best Would You Rather questions for kids you’ve ever asked?

Looking for more fun? Check out these great trivia questions for your kids, or great FROZEN trivia fun or have some fun with these Minute to Win it Games for kids. 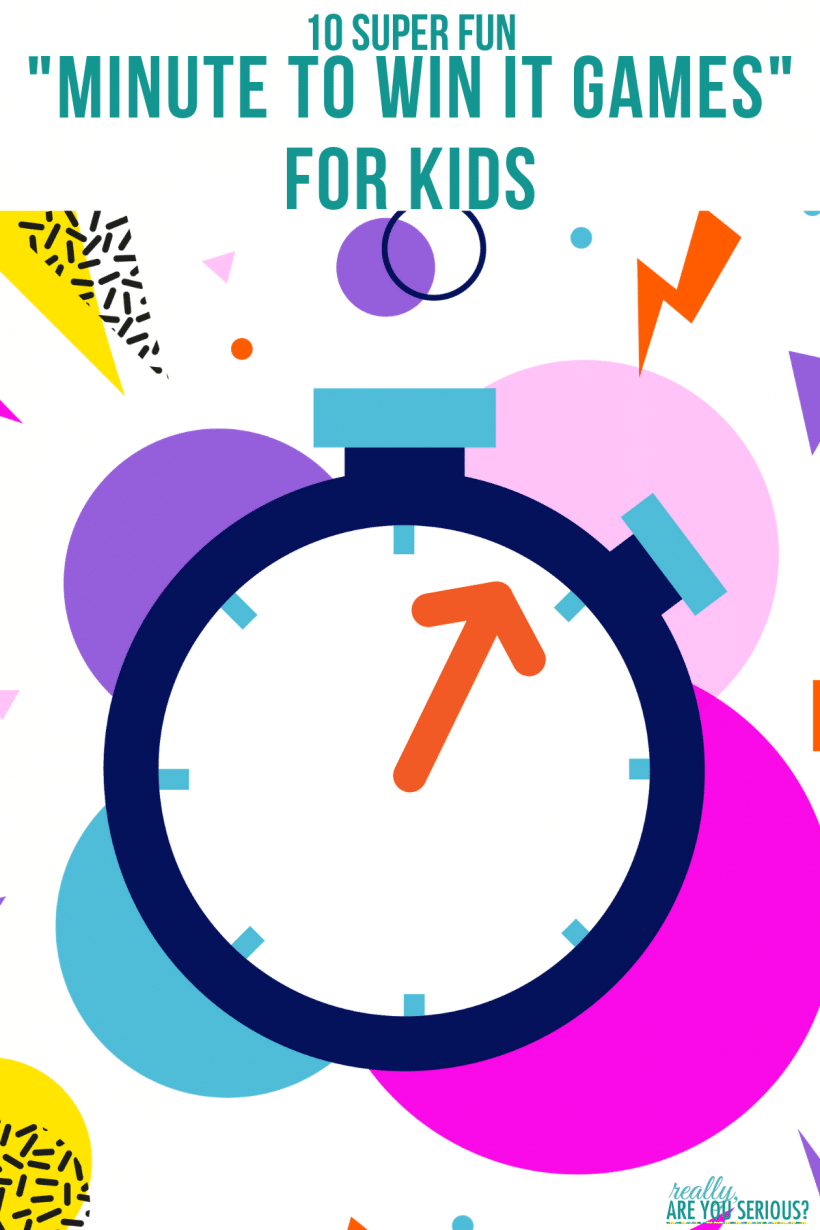 Even more trivia with Frozen 2 Trivia (questions and answers). 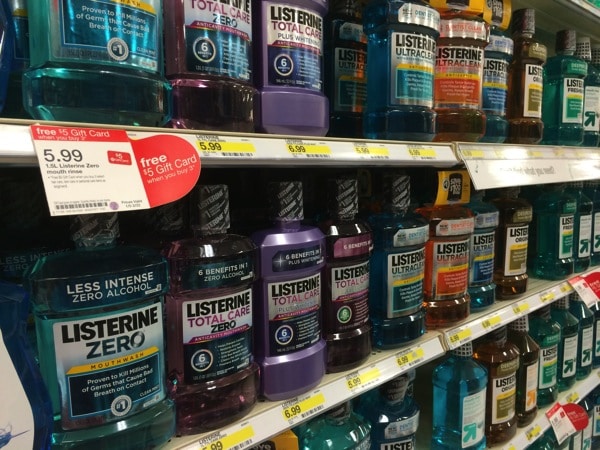 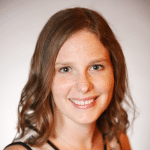